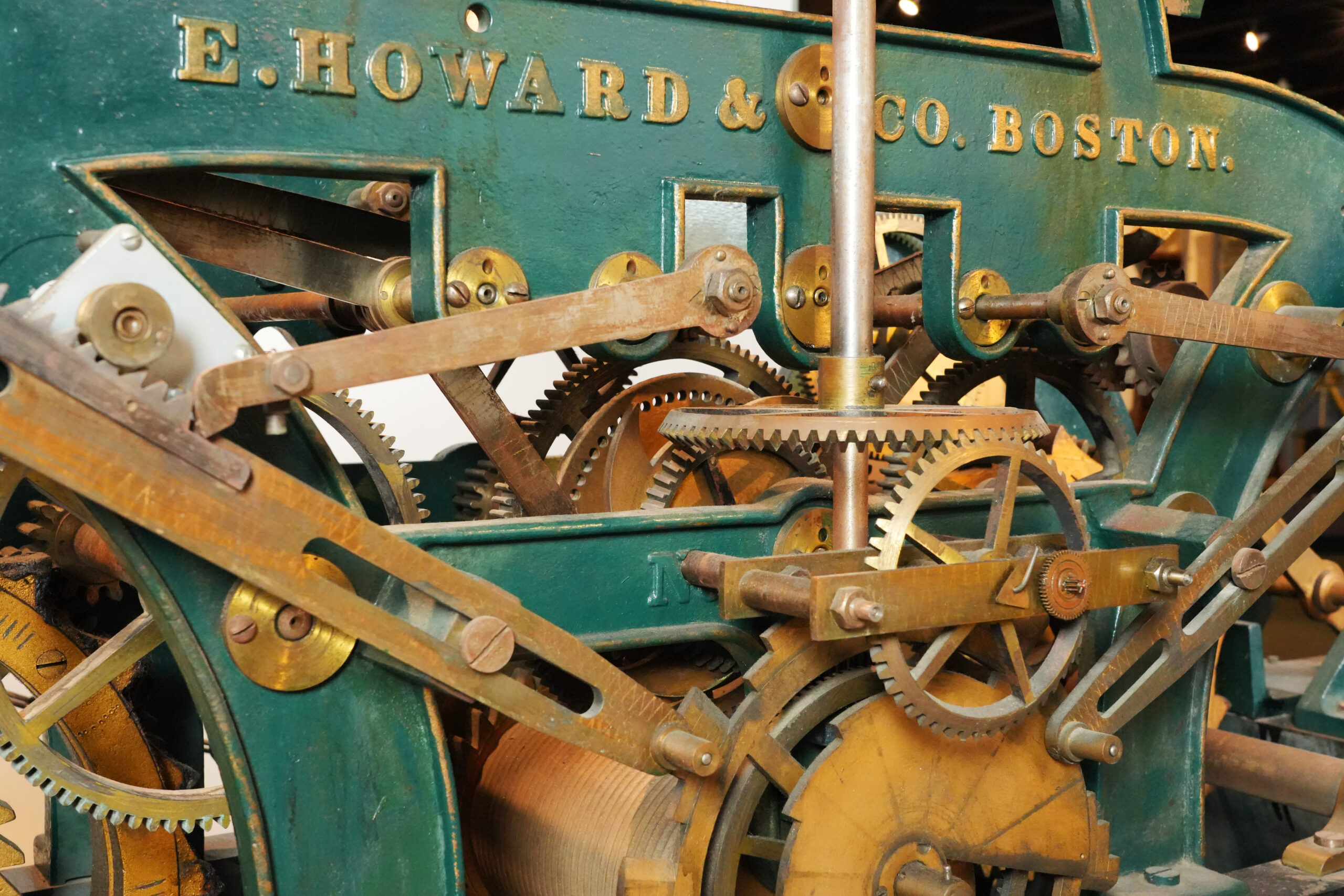 As you move through the gallery, you will see public clocks from around the world that were built for various forms, such as a steeple, a wall, or a post. 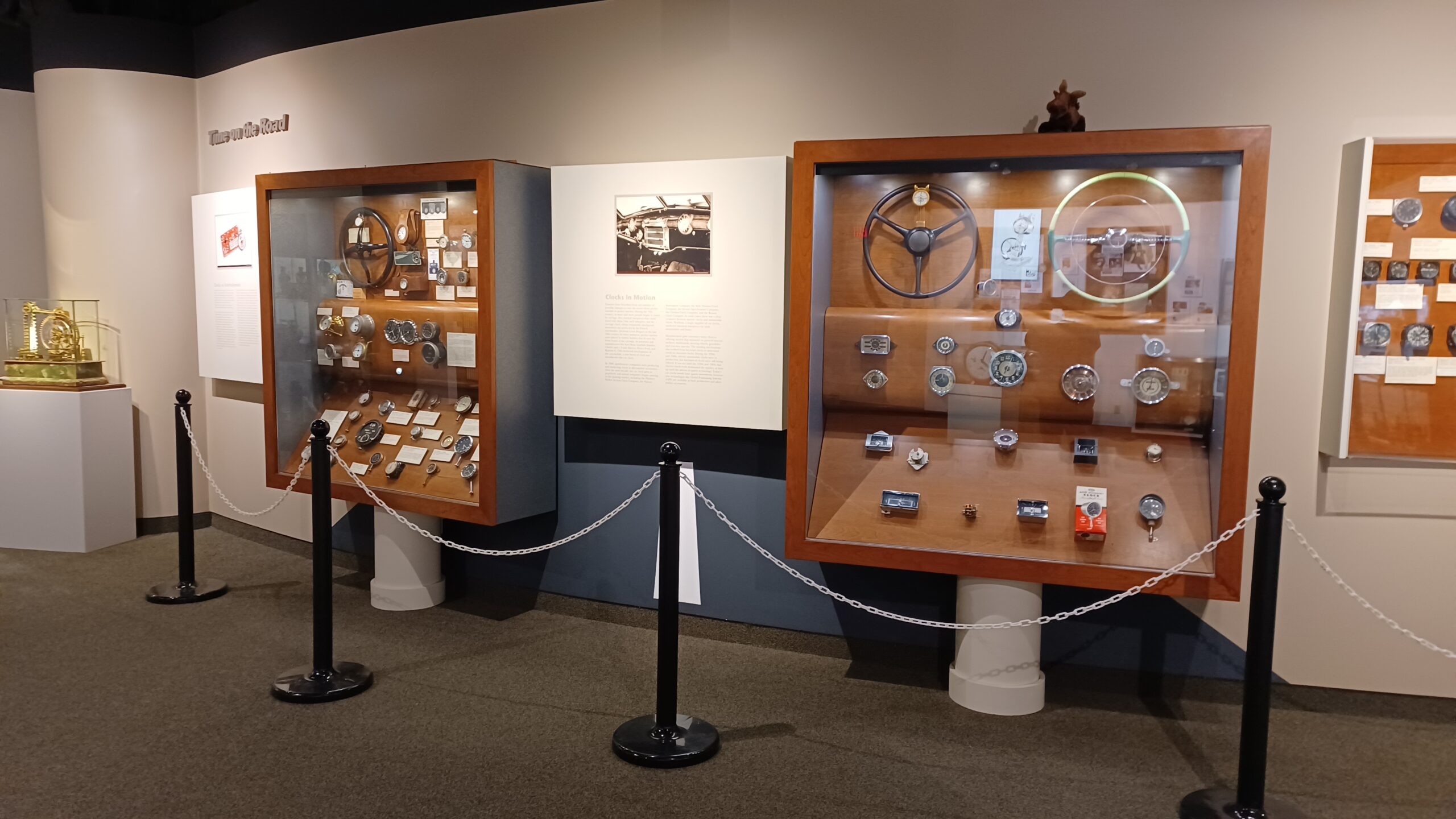 Time on the Road Gallery

The Time on the Road Gallery features clocks from car dashboards and steering wheels as well as from various aircraft. 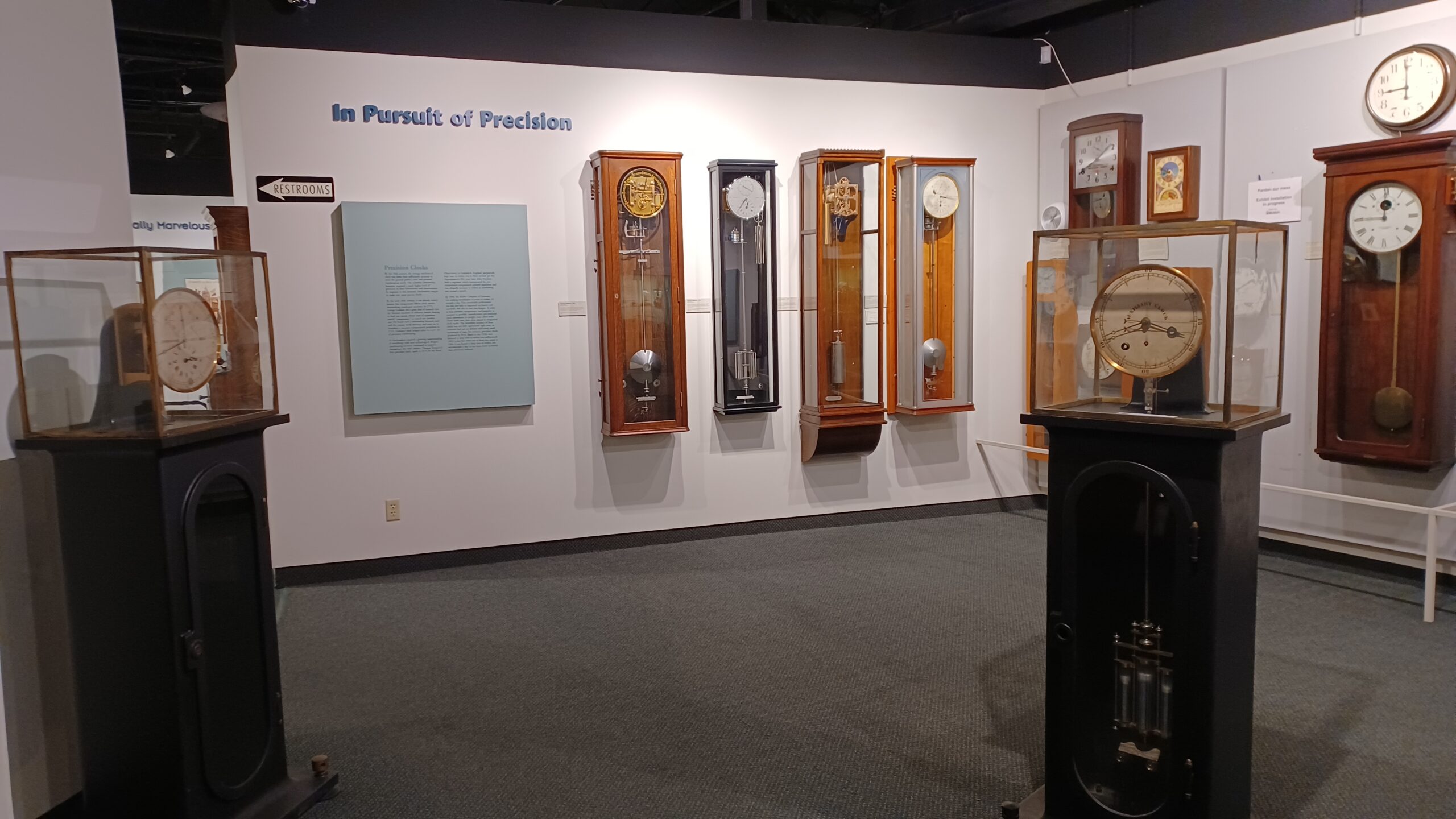 The scientific community required a much higher level of precision in their laboratories and observatories than could be provided by a standard clock. In response to this demand, clockmakers worked to create even more precise clocks. 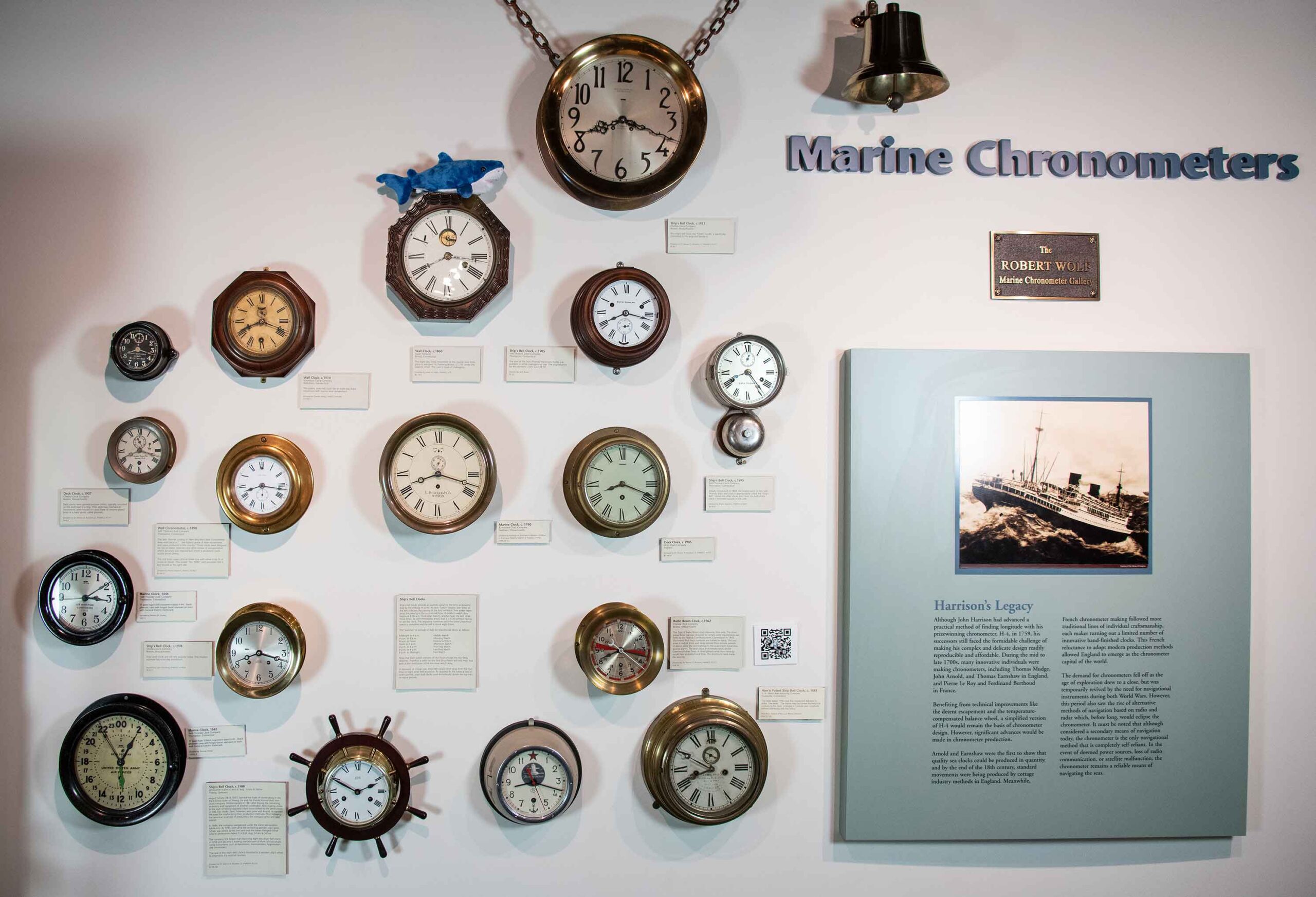 In 1759, John Harrison advanced the practical method of finding longitude with his prizewinning chronometer, H-4. His successors faced the problem of making Harrison’s design easily reproducible and affordable. During the late 1700s, individuals from around the world produced chronometers, including Thomas Mudge, John Arnold, and Thomas Earnshaw in England as well as Pierre Le Roy and Ferdinand Berthoud in France. 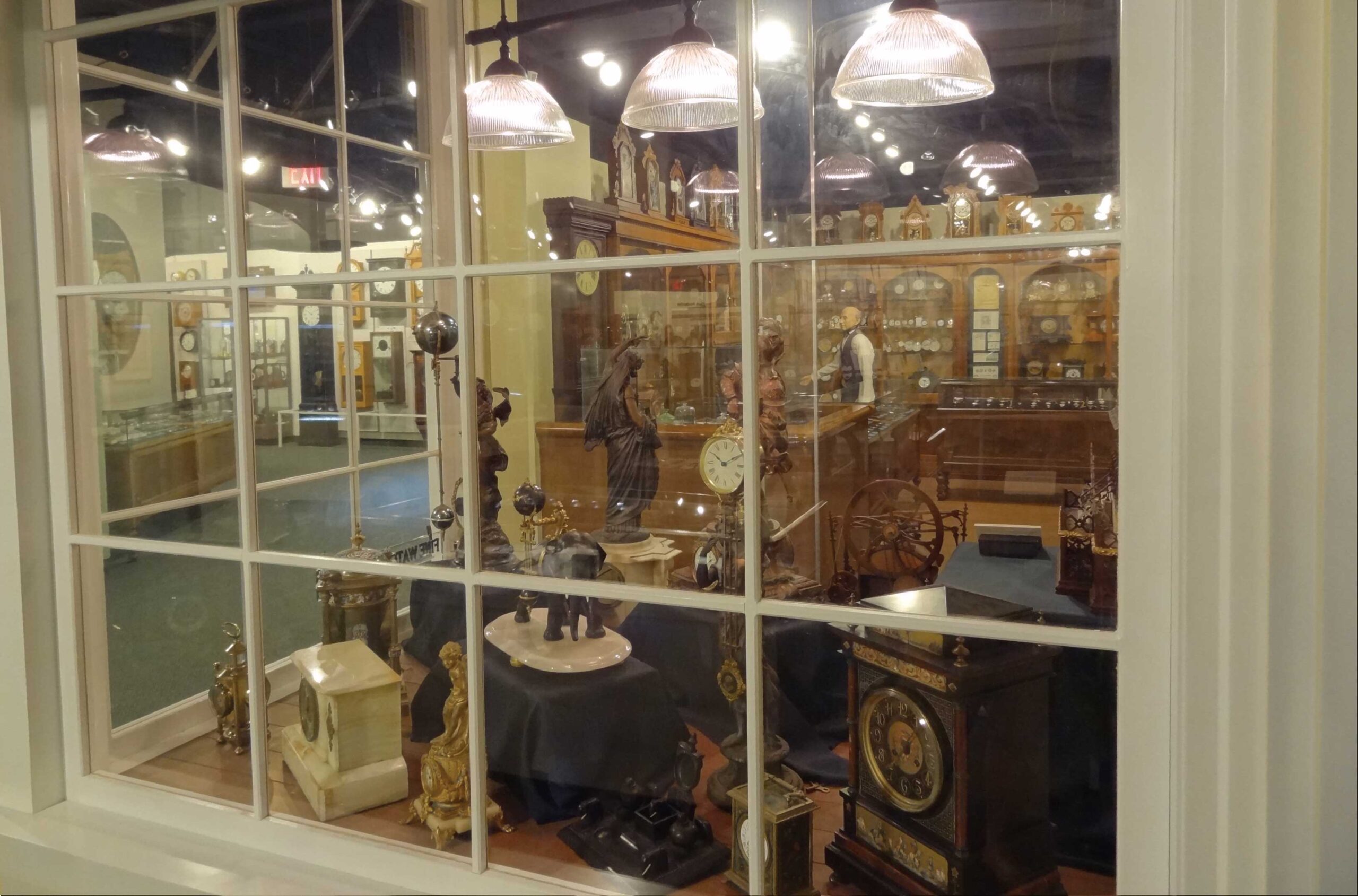 The late 1800s saw the proliferation of jewelry stores in cities and towns, and by the turn of the century, the corner jewelry store was something of an American institution. The typical jewelry store owner in the early 20th century was a respected member of the community, offering clients courteous and thorough service. These stores stocked a wide variety of timepieces and accessories such as watch fobs, keys, and chains. In addition, town jewelers offered watch and clock services. 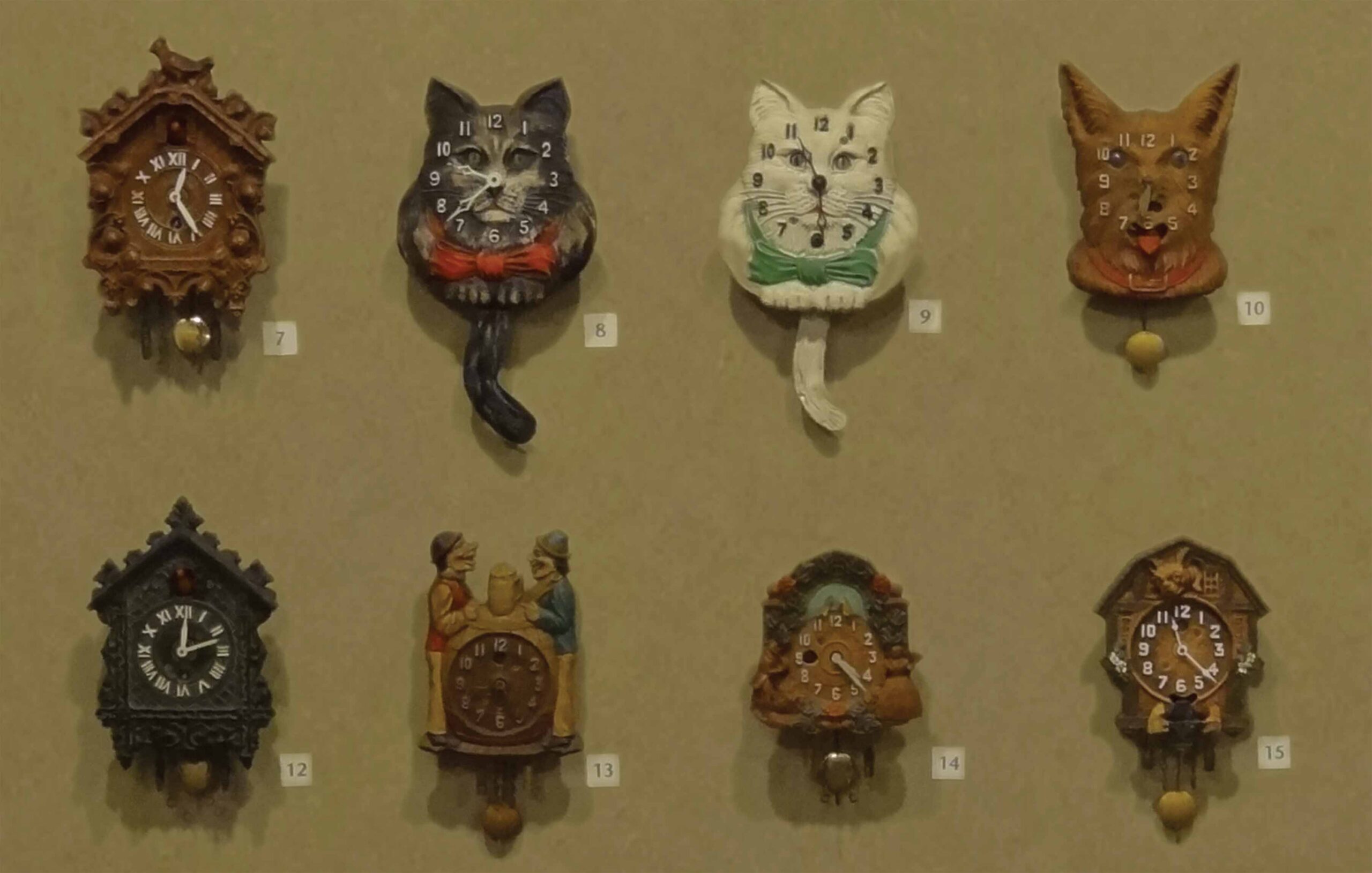 Although the primary purpose of a clock is to tell time, this is not necessarily the only purpose. Many clocks have been designed to dazzle, entertain, and even instruct those who see them. Since the earliest days of the mechanical clock, clockmakers have sought to make timepieces that are mechanically and decoratively unique. 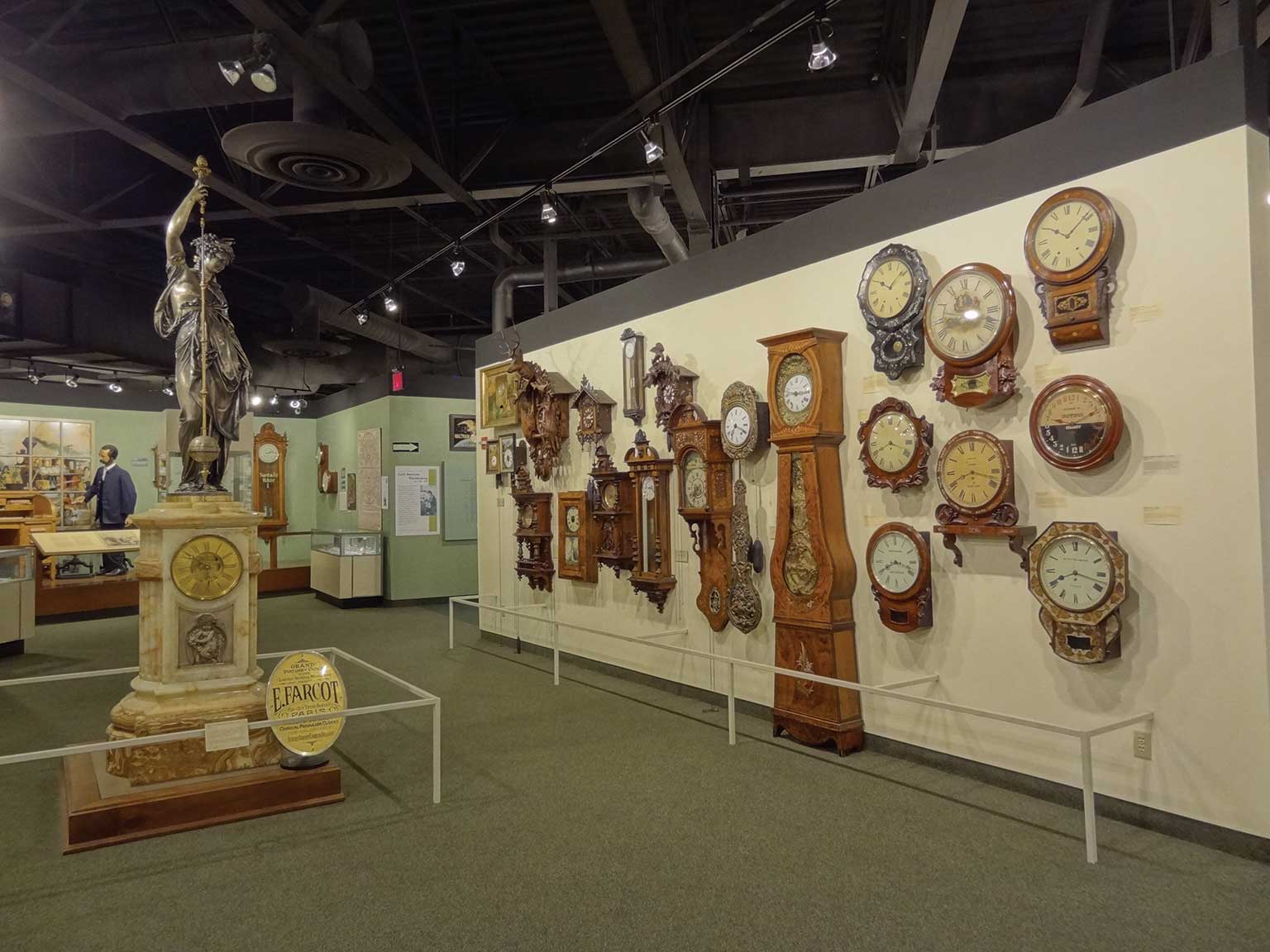 The 18th-Century Gallery features clocks from the United States and Europe. Although the mechanical technology is similar in both types, European clocks far surpassed American clocks during this period in artistry, dial design, and cabinetry. 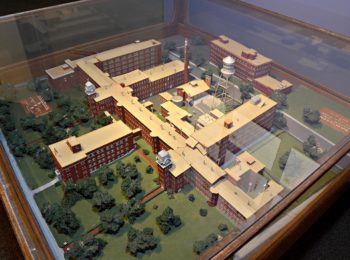 The famous Hamilton Watch Company, now a part of the Swatch Group, began in Lancaster County. The Museum features a large display of Hamilton pocket watches, wristwatches, chronometers, desk clocks, and even the first-ever electric watch. The Museum is also proud to house the Hamilton archives. 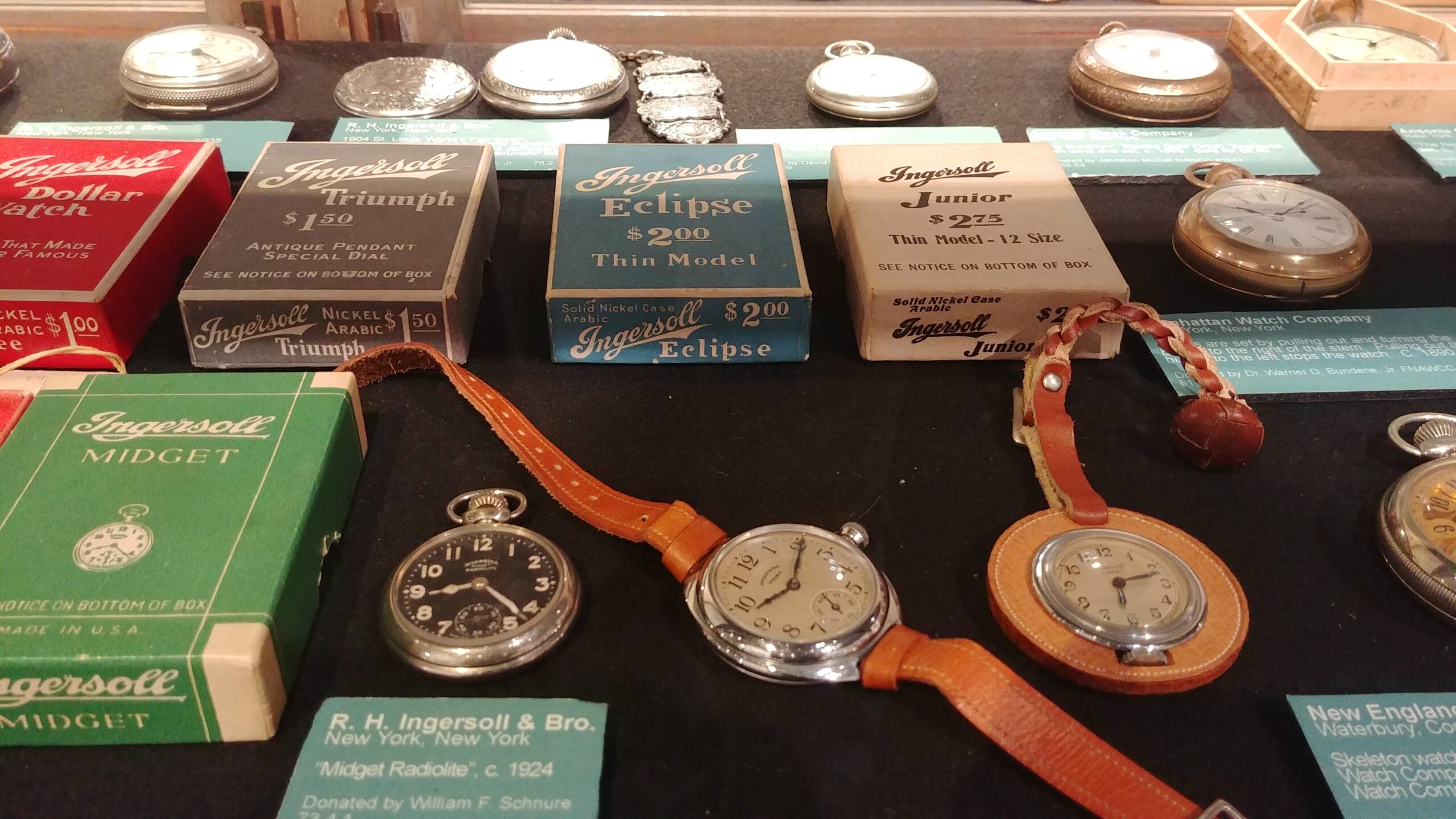 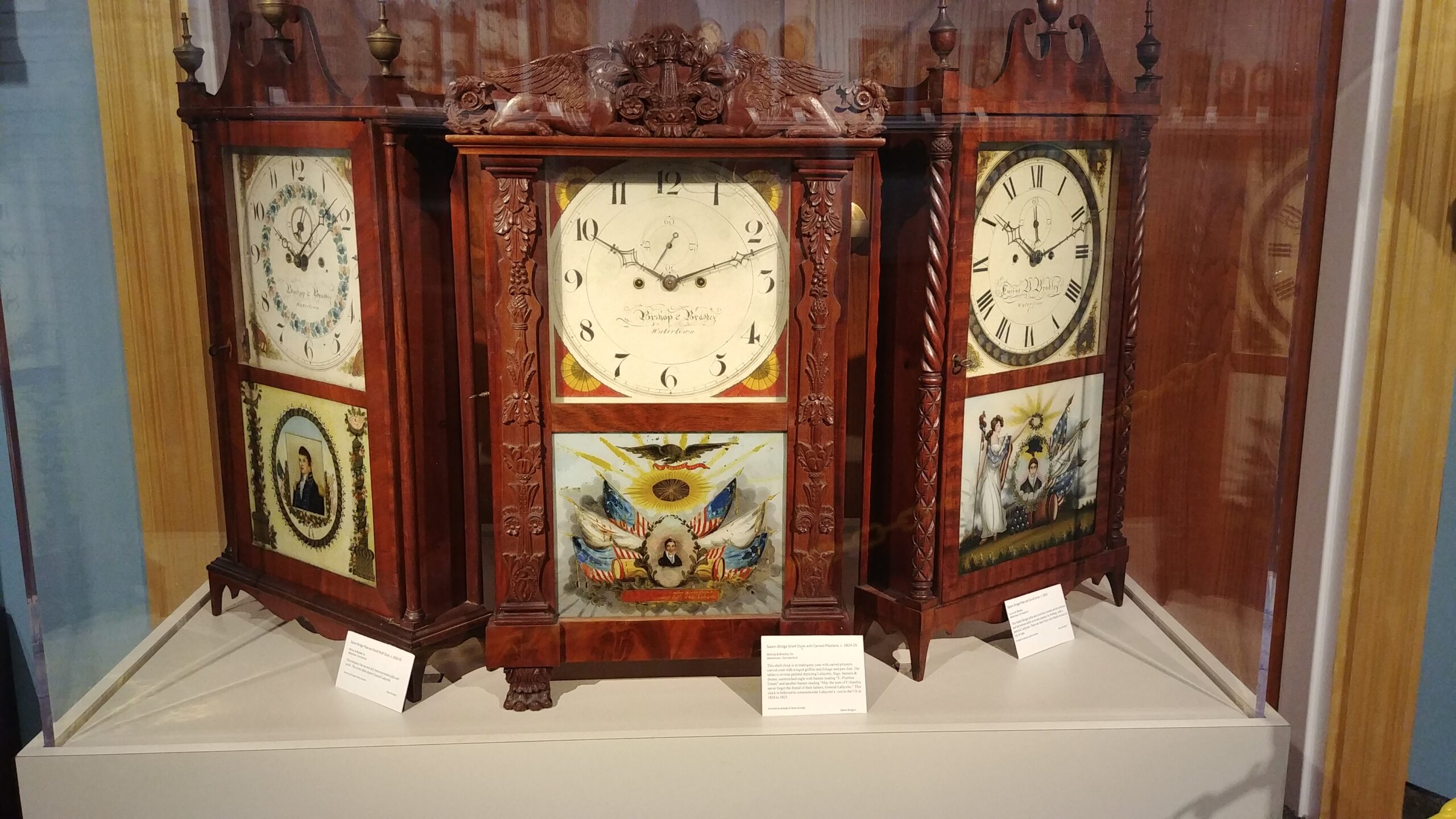 Ives is one of America’s most celebrated clockmakers, and he is well known for his innovative construction features. Among these are roller pinions intended to reduce friction in the trains of his clocks, lever or wagon springs used to provide motive power, and his tin plate movements that he claimed needed no lubrication. The Goolsby collection is noteworthy for its breadth and scope.